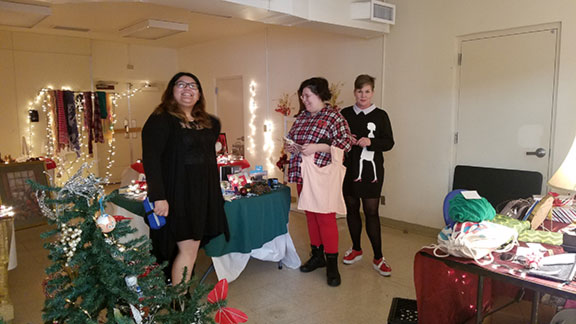 The first day of classes for the upcoming school year for students who attend Alma d' arte Charter High School is Wednesday, July 21. A community open house is planned from 10 a.m. to noon on Tuesday, July 30, allowing families to take tours, talk with...

Several Alma seniors were interviewed. The results are indicated here....

28 Feb How to avoid scam calls

Posted at 13:04h in Advice, Cafe, School News by Digital Solutions 0 Comments
0 Likes
The Better Websites There are some ways to avoid those scam callers whether they are from actual people, to bots working for them. You can visit websites, download apps, or even just ignore them but they get very obnoxious. One website that allows you to get some good information is WikiHow.com. When you visit WikiHow.com, there is a search bar. Search “avoid scam calls” and view the list of ways to avoid those unwanted calls. Another website is that has some really good information is aarp.com. They provide information, apps, and many other sources to help fix your problem.
Read More

Posted at 12:52h in Cafe by Digital Solutions 0 Comments
0 Likes
Ramon Padilla was raised Catholic and held his faith through high school. He pushed away most uncertainty until college. There he gained a stronger sense of empathy, and he began to question himself. He said, “Doubt nourishes more than certainty.” Once he realized that he did not need a fixed view of the world he grew, more so then he would have if he clung to the ideas he had grown up with.
Read More

05 Feb How Joining These Clubs Aided My High School Experience

Posted at 13:09h in Cafe, Clubs, School News by Digital Solutions 0 Comments
0 Likes
[av_textblock size='' font_color='' color='' av-medium-font-size='' av-small-font-size='' av-mini-font-size='' av_uid='av-jrv30i04' admin_preview_bg=''] It’s usually all fun and games when it comes to the leadership teams in elementary school. But what young kids don’t know is that the high school version of leadership is much more extensive than they expect. Here’s what some members had to say when asked about how these clubs benefitted them:
Read More

05 Feb Picture a jumbo rat on steriods for your next birthday party. Thanks, Dad. The video game you’ve got to play

Posted at 13:07h in Cafe, Game Review, School News by Digital Solutions 0 Comments
0 Likes
In the indie steam game Bonbon, we learn about a boy and his irrational fear. Irrational fears are common amongst almost everyone so I believe you will be able to relate to this game one way or another. The overall plot is a little boy celebrating his birthday while avoiding this abnormally large rat creature. This game shows the metaphor of a fear really well with its vague but interesting storytelling. Also for an independent developer game, the graphics look clean and smooth for the most part, with only a few minor glitches.
Read More

Posted at 12:53h in Cafe, Feature Story, School News by Digital Solutions 0 Comments
0 Likes
In a world where people are lost, wandering through twisted paths, a mentor is someone with a map. A mentor understands your struggle with each step and guides you through winding roads. Katherine Cady`s story maps out an example to guide us. She has constructed herself an admirable life. Cady has traveled, she has cared for others (both people and cats), and she has taught her students how to develop.
Read More